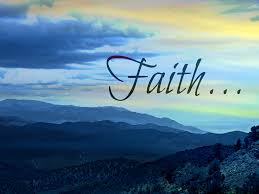 Jesus Christ Is Someone You can Know and Trust

Jesus Christ is more than a system, tradition, or belief. He claimed to be God. His miracles proved His deity. Josh McDowell writes, “Among the religious leaders who have attained a large following throughout history, Jesus Christ is unique in the fact that He alone claimed to be God in human flesh. A common misconception is that some or many of the leaders of the world’s religions made similar claims, but this is simply not the case. Budda did not claim to be God; Moses never said that he was Yahweh; Muhammad did not identify himself as Allah… Jesus said that he who has seen Him (Jesus) has seen the Father (John 14:9). …Anyone who would dare to make such claims… to forgive sins, to raise Himself from the dead, etc…would have to be either out of his mind or a liar, unless he was (in fact) God.” (from: Answers to Tough Questions Skeptics Ask about the Christian Faith by Josh McDowell and Don Stewart). *Read Response to a Skeptic of Christianity.

Jesus is also a Person who knows our needs, feels our pain, and sympathizes with our weaknesses. He offers to forgive our sins, and to give us the free gift of eternal life…making peace between us and His Father when we decide to trust Him as Lord and Savior of our lives. He loved us so much that He died for our sins 2,000 years ago.
The Bible says that we are sinners: Rom 3:23-24 “for all have sinned and fall short of the glory of God,” (NIV) But that God has provided Jesus as the Savior: John 3:16 says: “For God so loved the world that he gave his one and only Son, that whoever believes in him shall not perish but have eternal life. (NIV)
The Bible also says that we can receive Jesus Christ as our Savior and have eternal life: John 3:36: “Whoever believes in the Son has eternal life, but whoever rejects the Son will not see life, for God’s wrath remains on him.” (NIV)

Jesus rose from the dead after 3 days in the grave proving He was all He claimed to be: God, the Son of God, the Messiah, Lord & Savior of all, one with the Father. Conquering death, He showed us His power to save us from our sins, and then bring us safely to heaven. He offers Himself as a gift to anyone who will trust Him . John 20:31 says: “But these are written that you may believe that Jesus is the Christ, the Son of God, and that by believing you may have life in his name”. (NIV)
St. Paul writes in 1 Cor 15:3-8: “For what I received I passed on to you as of first importance: that Christ died for our sins according to the Scriptures, that he was buried, that he was raised on the third day according to the Scriptures, and that he appeared to Peter, and then to the Twelve. After that, he appeared to more than five hundred of the brothers at the same time, most of whom are still living, though some have fallen asleep. Then he appeared to James, then to all the apostles, and last of all he appeared to me also, as to one abnormally born”. (NIV)

Jesus’ resurrection from the dead was verified by hundreds of witnesses. Today His grave still remains empty.
The apostle John writes in John 20:3-9: “So Peter and the other disciple started for the tomb. Both were running, but the other disciple outran Peter and reached the tomb first. He bent over and looked in at the strips of linen lying there but did not go in. Then Simon Peter, who was behind him, arrived and went into the tomb. He saw the strips of linen lying there, as well as the burial cloth that had been around Jesus’ head. The cloth was folded up by itself, separate from the linen. Finally the other disciple, who had reached the tomb first, also went inside. He saw and believed.
(They still did not understand from Scripture that Jesus had to rise from the dead.) and he writes in John 20:10-16: “Then the disciples went back to their homes, but Mary stood outside the tomb crying. As she wept, she bent over to look into the tomb and saw two angels in white, seated where Jesus’ body had been, one at the head and the other at the foot.
They asked her, “Woman, why are you crying?” “They have taken my Lord away,” she said, “and I don’t know where they have put him.”
At this, she turned around and saw Jesus standing there, but she did not realize that it was Jesus. “Woman,” he said, “why are you crying? Who is it you are looking for?” Thinking he was the gardener, she said, “Sir, if you have carried him away, tell me where you have put him, and I will get him.” Jesus said to her, “Mary.” She turned toward him and cried out in Aramaic, “Rabboni!” (which means Teacher).(NIV)

Alternative religious views have saviors who remain in the grave. No other system offers everlasting life as a gift to those who follow their leaders. None of those leaders has overcome death. No other system offers assurance of forgiveness, eternal life, and adoption into the family of God. Jesus Christ offers you salvation because He died for your sins and rose from the dead. You can call on God and trust in His Son in the same way a drowning person calls for help and relies on the rescue of a lifeguard. Romans 10:9 says: “That if you confess with your mouth, “Jesus is Lord,” and believe in your heart that God raised him from the dead, you will be saved”.(NIV)

The salvation Christ offers does not depend on what we have done for Him, but on our acceptance in who He is and what He has done for us. Instead of moral and religious effort, this salvation requires a helpless admission of our sins. Instead of personal accomplishments, it requires confession of failure to meet God’s standard of holiness. Unlike all other belief systems, Christ asks us to trust solely in Him and His work on the cross and to commit our lives to Him–not to merit salvation but as an expression of gratitude, love, and confidence in the One who has saved us solely by grace (the unmerited favor of God). Eph 2:8-9 says: “For it is by grace you have been saved, through faith– and this not from yourselves, it is the gift of God— not by works, so that no one can boast”.(NIV) Rom 6:23 says: “For the wages of sin is death, but the gift of God is eternal life in Christ Jesus our Lord.”(NIV)

Won’t you consider asking Christ into your life today. Once you have received Jesus Christ personally, you will be saved. When you meet God at the pearly gates and He asks “Why should I let you in?”….. you can say, “because I have trusted in Jesus Christ as my Lord and Savior and it is His death on the cross that has paid for my sins.”

Prayer this prayer if you want to be certain you are part of God’s family and going to heaven: Dear Lord Jesus, I know that I am a sinner in need of forgiveness. I turn my life over to you because I believe that You died for my sins and You are the only way to heaven and to have peace with God. You are the only One who can save and forgive me. Please cleanse me of my sins, come into my life and change me today. In Jesus’ Name I ask this. Amen

In Matt 28:20 Jesus says this: “And surely I am with you always, to the very end of the age.” (NIV)
I Jn 5:20 says: “We know also that the Son of God has come and has given us understanding, so that we may know him who is true. And we are in him who is true– even in his Son Jesus Christ. He is the true God and eternal life.”(NIV)
If you have just placed your trust in Jesus Christ, you are now a Christian on your way to heaven and nothing can separate you from the love of Christ. You are starting a brand new life. 2 Corinthians 5:17 says it this way, “Therefore, if anyone is in Christ, he/she is a new creation; the old has gone, the new has come!”. Your sins have been paid for. Your slate has been wiped clean. Jesus said in John 10:10, “I have come that they might have life and have it more abundantly.” He was saying that you will discover that your present life is more meaningful and hopeful now that you have a relationship with the God of the universe.
To grow in your new relationship with Christ, attend a solid Bible teaching church to learn more and to fellowship with God’s family. You can contact the WillowCreek Association for a recommendation to a church near you. Read your Bible and pray everyday. Start by reading the gospel of John in the New Testament.

If you have prayed this prayer please email Lynette J. Hoy and include your address. You will receive the free book: An Anchor for the Soul: Help for the Present, Hope for the Future by Pastor Ray Pritchard.
God bless you!

Another book I recommend is:
Answers to Tough Questions Skeptics Ask about the Christian Faith by Josh McDowell and Don Stewart.