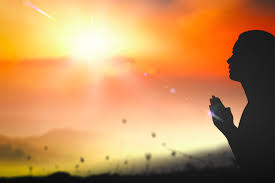 Question from a Skeptic

“Response to a Skeptic” of Answers to Tough Questions Skeptics Ask about the Christian Faith by Josh McDowell and Don Stewart A reader from Ohio on Amazon.com book reviews writes, “Joke, this book is a joke. The typical run-around answers Christians always seem to give when posed with a paradox in their faith”

I wonder whether you have ever really studied the evidence for Christianity? Have you ever read C.S. Lewis’ books:* Mere Christianity, or The Problem of Pain or Josh McDowell’s book Evidence That Demands a Verdict: Historical Evidences for the Christian Faith or Know Why You Believe by Paul Little or Letters from a Skeptic by Gregory & Edward Boyd”?
I guess I also wonder if you have ever read the Bible , especially the Gospel of John in the New Testament?
To write off Christianity implying that the leader of Christianity, Jesus Christ, is a joke, is very sad & probably the greatest mistake a person can make in his/her lifetime. Many people at least call Him a great moral teacher.
Have you truly thought about it? Jesus is the one Person Who claimed to be God and backed it up with miracles, teachings, knowledge, and his own resurrection which was verified historically by over 500 eye-witnesses. If you don’t believe Jesus was who He said He was- God, then you have only 2 other choices: to believe that He was a liar or a lunatic, because only a liar or a lunatic or God would or could make such extraordinary claims. C. S. Lewis, a converted atheist, wrote in Mere Christianity…

“I am trying here to prevent anyone saying the really foolish thing that people often say about Him: “I’m ready to accept Jesus as a great moral teacher, but I don’t accept His claim to be God.” That is the one thing we must not say. A man who was merely a man and said the sort of things Jesus said would not be a great moral teacher. He would either be a lunatic-on the level with the man who says he is a poached egg-or else he would be the Devil of Hell. You must make your choice. Either this man was and is, the Son of God: or else a madman or something worse. You can shut Him up for a fool, you can spit at Him and kill Him as a demon; or you can fall at His feet and call Him Lord and God. But let us not come with any patronising nonsense about His being a great human teacher. He has not left that open to us. He did not intend to.”

And what are His claims? That He forgives sins; that He is God: “I told you that you would die in your sins; if you do not believe that I am the one I claim to be, you will indeed die in your sins.” and , “I tell you the truth,” Jesus answered, “before Abraham was born, I Am!” John 8:24 & 58. Jesus claimed to be eternal and called himself “I Am” which expressed the eternity of His being and His oneness with the Father (compare with Exodus 3:14- God’s I Am declaration).
Jesus claimed to have power to raise the dead and give life, “I am the resurrection and the life. He who believes in me will live…” John 11:25. Christ stated that He must receive the same honor & worship that His Father receives & that He will be the judge of mankind: “For just as the Father raises the dead and gives them life, even so the Son gives life to whom He is pleased to give it. Moreover, the Father judges no one, but has entrusted all judgment to the Son, that all may honor the Son just as they honor the Father. He who does not honor the Son does not honor the Father, who sent Him.” John 5:21-23. He claimed to be the only way to heaven….”I am the way, the truth and the life. No one comes to the Father but by me.” Jn. 14:6; that He is the Light of the world; that He is the Good Shepherd; that He came to seek and save the lost; that He is the Redeemer, Savior, a Friend, that He is coming back; that He is the Creator…..
Can you mock and laugh at this Man Jesus… the Son of God, the King of kings and Lord of lords?
Someday, every knee shall bow and every tongue will confess that Jesus Christ is Lord. Will you be for Him or against Him? Jesus said, “If anyone is ashamed of Me…, the Son of Man will be ashamed of him when He comes in His Father’s glory with the holy angels.” Mark 8:38.
I will pray that you might begin seeking the only One, Jesus
Christ, Who can save you from sin and death. For Jesus said,
“He who believes in me has eternal life, but he who does not believe in
me shall suffer the wrath of God.” John 3:36

So how can a skeptic like you believe in Christ? Why not consider the evidence for Christianity before making a final judgment. Read the articles on Faith, How can a good God allow suffering and Lord, Liar or Lunatic for more answers to questions you may have about Christ and Christianity.
*Read the suggested books above and this Book Review of Mere Christianity by C. S. Lewis

More on Living for Christ:
There is nothing like living fully for Christ. When you walk with Christwholeheartedly you will experience: His love, presence, power, peace, purpose and victory over sin. There is nothing like living for Christ. He is the living water and will satisfy your needs. Your needs will never be satisfied by anything or anyone else the way that Jesus can satisfy them. These verses talk about the experience you will have as you grow in Christ.
John 15:1-2 “I am the true vine, and my Father is the gardener. He cuts off every branch in me that bears no fruit, while every branch that
does bear fruit he prunes so that it will be even more fruitful.”
John 15:5 “I am the vine; you are the branches. If a man remains in me and I in him, he will bear much fruit; apart from me you can do nothing.”
John 16:24 “Until now you have not asked for anything in my name. Ask and you will receive, and your joy will be complete.”
John 16:33 “I have told you these things, so that in me you may have peace. In this world you will have trouble. But take heart! I have overcome the world.”
John 16:27 “No, the Father himself loves you because you have loved me and have believed that I came from God.” (NIV)
With Christ there is freedom & forgiveness from our sins and self-centered lives:
I Jn 1:9 If we confess our sins, he is faithful and just and will forgive us our sins and purify us from all unrighteousness.
John 8:36 So if the Son sets you free, you will be free indeed.
Rom 6:18 You have been set free from sin and have become slaves to righteousness.
Rom 6:22-23 But now that you have been set free from sin and have become slaves to God, the benefit you reap leads to holiness, and the result is eternal life. For the wages of sin is death, but the gift of God is eternal life in Christ Jesus our Lord. (NIV)
I encourage you to visit Pastor Ray Pritchard’s Keep Believing site for a pastoral/ theological perspective.
Read the article on Faith in order to understand how to become a Christian. Lynette Hoy, NCC, LCPC