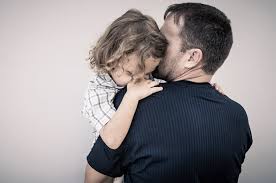 South Bend, IN – Fifty-seven children died from child abuse in 2004 in Indiana. On Thursday, folks with Prevent Child Abuse gave Michiana a visual reminder of how serious this issue is.
“I can relate to some people’s stories cause I went through it,” said Aricha Baker.
Aricha has been through it all when it comes to child abuse.“I was hit, verbally abused,” said Baker.

Why you should know about child abuse…
• It’s a sad reality of life…
• It’s a crime which needs reporting…
• To understand the effects child abuse has on the abused…
• To prevent this crime from happening to you, in your home and to others…
• To know how to get help for anyone who is abused..

What’s Your Score?
1. Three children die as a result of child abuse in the home in the United States each
a) Year
b) Day
c) Week
d) Month

3. What is the single, leading cause of death for children ages four and younger?
a) Drowning
b) Motor vehicle accidents
c) Child abuse and neglect
d) Choking on food
e) Residential fires
f) Suffocation
g) Falls

4. On average, child abuse is reported somewhere in the United States every
a) 10 seconds
b) 20 minutes
c) Hour

5. Strangers pose the greatest risk of sexual abuse to children.
a) True
b) False

6. Child molesters get their sexual gratification only from children.
a) True
b) False

7. The average age that child molesters first attack a child is when they (the attackers) are
a) In their early 20s
b) Middle-aged
c) In their teens

8. Which of the following actions can help stop child abuse and neglect?
a) Helping a stressed-out parent by baby-sitting, making a meal, or lending an understanding ear.
b) Learning the signs and symptoms of child abuse so you can recognize them when you see the “red flags.”
c) Reporting known or suspected child abuse to the police or local child protective services agency.
d) All of the above.

9. Child abuse and neglect only happens mostly to babies and small children.
a) True: __
b) False: __

History of Child Abuse legislation:
In 1874, the abuse of a child by her parents was brought to the attention of Henry Bergh, the founder and president of the Society for the Prevention of Cruelty to Animals (S.P.C.A.). Without any statutes pertaining to child abuse, Mr. Bergh could only acquire a lawyer an pursue the case on the grounds that “children ought to be deemed just as worthy of protection from abuse as dogs and cats” (Weller, P. 57). The case, named after the abused child, became known as the “Little Mary Ellen Case” and went to court on April 10, 1874, providing for the establishment of the Society for the Prevention of Cruelty to Children (S.P.C.C.) in 1875. A year later, the S.P.C.A. and the S.P.C.C. merged, forming the American Humane Association (A.H.A.) which has pioneered standards for the protection of children and animals since its formation.

The Child Abuse Prevention and Treatment Act of 1974 has further served the needs of abused children throughout the U.S. in many ways including: providing financial assistance to child abuse prevention and treatment programs; establishing a National Center on Child Abuse; and providing resources for research to prevent child abuse.

Child abuse does not discriminate. It spans all racial, gender, socio-economic and demographic boundaries. While it may be more likely to be reported and thus reflected in greater numbers of cases involving lower income families, it is by no means a problem limited to members of one economic or racial group.

In recent years, public awareness of child abuse has been heightened by highly publicized cases such as the brutal beating death of Lisa Steinberg in New York City by her adoptive father, attorney Joel Steinberg. Yet many cases of child abuse continue to go unreported and many signs of abuse remain undetected.

Child abuse rarely occurs as a single incidence. Abuse usually manifests itself as a pattern of events which can start as early as infancy and as late as adolescence. Often abused children don’t realize that there is anything abnormal or wrong in their family. As they are brought up not knowing anything different, what they experience they assume to be what everyone else experiences (Ackerman and Graham, 1990).

Abuse can produce low self-esteem, aggressive behavior, acting out, suicidal tendencies, running away, wariness of adults, withdrawal, inhibition, and school and social adjustment problems. As symptoms combine, they can develop into codependency. Abused teens learn to cope. Coping mechanisms include caretaking — growing up quickly and taking care of the house, keeping it running smoothly and trying to be “good.” They can also withdraw and isolate themselves, trying not to be noticed. Sometimes teens will equate their abuse with love, when the only attention they receive is abuse, some teens will provoke it, searching for the attention they receive as a result (Ackerman and Graham, 1990).

Very often children and teens will not talk about their abuse. They will protect their abuser, making excuses for their injuries. For this reason, it is often hard to uncover abuse. Detection of abuse takes careful observation over a period of time. Just as unreported and undisclosed abuse is unjust, so is the unfounded an inaccurate reporting. A false report is devastating and lasting, the stigma stays long after the report has been cleared. Therefore it is important that careful investigation is done before accusations are made.

More Statistics
• 17 % of victims experienced “other” types of maltreatment: “abandonment,” “threats of harm to the child,” and “congenital drug addiction.“
• Homicide is the leading cause of injury deaths among infants (under one year of age) in the United States. Perpetrators are typically the mother, father or stepfather.
• Each day in the United States, more than 3 children die as a result of child abuse in the home.
• In 2002, an estimated 1,400 children died due to child abuse or neglect.
An abused child may be your neighbor.

Part 111: What is Child Abuse and Neglect?

• Abandonment
Major Types of Abuse:
• Physical Abuse is physical injury (ranging from minor bruises to severe fractures or death) as a result of punching, beating, kicking, biting, shaking, throwing, stabbing, choking, hitting (with a hand, stick, strap, or other object), burning, or otherwise harming a child. Such injury is considered abuse regardless of whether the caretaker intended to hurt the child.
• Emotional Abuse is a pattern of behavior that impairs a child’s emotional development or sense of self-worth. This may include constant criticism, threats, or rejection, as well as withholding love, support, or guidance. Emotional abuse is often difficult to prove and, therefore, CPS may not be able to intervene without evidence of harm to the child. Emotional abuse is almost always present when other forms are identified.
• Sexual Abuse includes activities by a parent or caretaker such as fondling a child’s genitals, penetration, incest, rape, sodomy, indecent exposure, and exploitation through prostitution or the production of pornographic materials.
Mother Indicted for Biting Her Child
“That kind of thing can haunt that little boy all of his life,” said Bradley Siner.
Siner lives next door to a mother arrested for child abuse. Inside Apartment A, police say they found a 4-year-old boy. He’d been abused- bitten several times- and according to investigator Susanna Taylor- on different occasions.
“He’d been bitten on the arm and the wounds were in different stages of healing,” says Taylor.
Lara Williams was indicted by a grand jury late last week on child abuse charges. She bonded out of jail on Monday. Her trial will come and go but police say a victim like Williams’ 4 year-old boy may have permanent scars.
“It’s tough because here’s a child who felt like his mommy loved him and was supposed to be there to take care of him but then he’s pulled out of the home but as an officer, it’s our job to put him in a safe environment,” Taylor said.
“It’s a bad thing. I hate to see it because I have kids of my own,” Siner said. Lara Williams may be arraigned as early as tomorrow. She’s free on a $1500 bond. Police say she’s been investigated in other states in the past on similar allegations but never charged.Mistaken Beliefs about Child Abuse
• The child must be partly to blame
• A teen is old enough to protect him/herself from abuse
• Reporting abuse will only complicate matters
• DCFS will make things worse
• No one would knowingly harm a child
• If I am abused, I will be worse off for reporting it…What causes child abuse?
Various factors contribute to the risk
• substance abuse;
• excessive and over-discipline;
• immaturity of parents, lack of parenting skills,
• unrealistic expectations about children’s behavior and capabilities
• a parent’s own negative childhood experiences,
• Lack of moral development or concern;
• frequent family crises, social isolation;
• lack of supportive services for families;
• economic stress and poverty;
• lack of knowledge regarding child care and development;
• domestic violence; mental health disorders and
• fragmented families; step-parents, care-givers.

Children’s Rights
The Convention on the Rights of the Child treaty spells out the basic human rights that children everywhere – without discrimination – have:
• the right to survival;
• to develop to the fullest;
• to protection from harmful influences, abuse and exploitation;
• to participate fully in family, cultural and social life.

You should know….
• No one has the right to abuse you.
• You don’t deserve to be abused.
• If you are being abused, you are a victim.
• It’s not your fault that you are being treated this way.
• It is wrong that you are suffering this pain, fear or sadness.
• You are not alone. Other kids suffer abuse, too.
• Sometimes abusers scare or threaten kids so they won’t tell.
• There are people who care about you and want to help you.
• If you are being abused, please tell a safe person – you can trust like a teacher, counselor, school nurse, neighbor or parent.

Part IV: Effects of Child Abuse and Warning Signs
What are the effects of abuse on children?
• Isolation Doesn’t invite other children over
• Aggressive/acting out behavior
• Withdrawn from adults as well as peers
• May be a “model child” due to extreme desire to achieve perfection
• May become involved with drugs or alcohol
• Runaway
• Mood swings
• Divulges little information about the family
• May make up stories (paint an unrealistically “pretty picture” of their family)
• Loses respect for the mother, father or perpetrator
• Poor concentration
• Sudden change in school performance
• Take responsibility for the abuse
• Constant anxiety that another beating will occur
• Guilt for not being able to stop the abuse or from loving the abuser
• Fear of abandonment
• Fear of God and blaming God for abuseMore Warning signs of abuse
• A change in a child’s behavior or school performance
• The child seems guarded and startles easily
• The child loiters at school or friends’ houses; seems reluctant to go home
Signs That a Friend Is Being Abused
• unexplained bruises, broken bones, sprains, or marks
• excessive guilt or shame for no apparent reason
• secrecy or withdrawal from friends and family
• avoidance of school or social events with excuses that don’t seem to make any senseThe following wheel describes the care and nurture that children need from parents and guardians and family members:• If you suspect that a child is being abused or neglected, the Dept. of Child and Family Services at (800) 252-2873 in Illinois or the Child Protective Services in your state.
• Each State has jurisdiction over these matters, and has specific laws and procedures for reporting and investigating.
• In some States, all citizens are mandated reporters by State law and must report any suspicion of child abuse or neglect.
• Childhelp® USA National Child Abuse Hotline 1-800-4-A-CHILD®